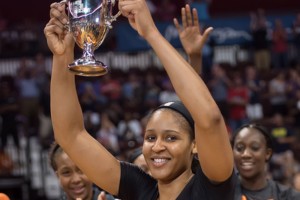 The Verizon WNBA All-Star game is this Saturday in Seattle. The league announced in June this year that the All-Star game would be bringing back the Three-Point Shooting contest during halftime of the game.  Today those players participating have been announced.