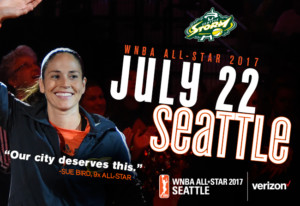 The league announced Wednesday that the contest will return this season and will take place during halftime of the WNBA All-Star Game, which will be played at KeyArena in Seattle on July 22 (3:30 p.m. ET, ABC).